Lufthansa Consulting has successfully concluded a project with the Russian carrier Aurora Airlines. The goal was to develop a full conceptual design of MRO facilities in the surrounding area of the airline’s base airport in Yuzhno-Sakhalinsk, including airside and landside accessibility.

Aurora Airlines is a subsidiary of Aeroflot. Headquartered in Russia’s Far East, it was founded in 2013 following the merger of Vladivostok Avia and SAT Airlines. Along with its parent company, Aurora is a member of the SkyTeam global airline alliance. Its fleet comprises 21 aircraft that operate frequent services to international destinations such as Beijing, Hong Kong, Seoul and Tokyo as well as interregional flights, for example to Khabarovsk, Vladivostok, Magadan, Yakutsk, Novosibirsk, Irkutsk and Krasnoyarsk. IOSA-certified Aurora also conducts regular regional flights to villages and cities in the Sakhalin and Primorsky regions.

The project task was to create a design for the maintenance hangar capable of housing up to three narrowbody aircraft plus several workshops, warehouses and office space. The Lufthansa Consulting experts drew up a master plan for the MRO development area, as well as layout plans for the main hangar building and support equipment buildings, clear airside-landside separation and a circulation system for support vehicles. In the process Russian regulations and EASA Part 145 compliance were taken into consideration in order to facilitate approval of the facility by the authorities. In addition, energy efficiency measures were evaluated and recommended to reduce operational costs. Lufthansa Consulting also submitted an action plan to take into account possible next-step verification and cost-efficient procedures as well as the feasibility of the actual implementation.

The successful conclusion of the project will enable Aurora Airlines to introduce leaner production principles, make more efficient use of energy and resources and create sustainable modular growth opportunities. 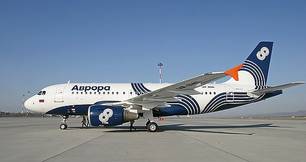