For the second time in a row Lufthansa Consulting has been awarded the renowned consultancy prize "Best of Consulting" by the German weekly business news magazine WirtschaftsWoche.

The award went to a successful project with Auckland International Airport (AKL), the largest airport of New Zealand and the third busiest international airport in Australasia.

Profound market analyses and detailed routes studies as well as joint workshops with several identified key target airlines resulted in the introduction of new flights and routes to North America and Asia. The so far implemented measures were already successful and in the ongoing project further air service development achievements are expected.

Lufthansa Consulting and its client Auckland International Airport are incredibly pleased about the award and that the WirtschaftsWoche jury could also be convinced of this successful project. Both look very much forward to their further productive and prosperous cooperation. 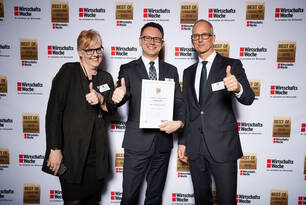