It has become widely accepted and outlined in extensive literature that air transport is a major global driver of economic growth and social progress, which affects broad economic sectors. Investments in air transport infrastructures have proved to provide tangible and quantifiable economic returns. This also applies to Latin America, where according to IATA, the air transport sector contributes an estimated US$ 167bn per year to the region’s GDP and supports 5.2m jobs.

For Argentina, air transport is estimated by IATA to have an impact of US$ 9.6bn on GDP and an impact on c. 300,000 jobs. The country’s geography, developing economy and existing transport infrastructures shape a solid business case for air transport development. Argentina enjoys steady market growth with limited domestic dependency and strong prospects in the North American market. North American and European markets count for 22% of total O&Ds to and from Argentina.

“The development of air connectivity and corresponding investments in air transport infrastructure is the economic value creator for Argentina,” stated Lufthansa Consulting’s Partner and Head of South American Market, Liége Emmerz, at the 13th National Congress of Infrastructure in Cartagena, Colombia. “For the future, intermodal travel makes a strong case.”

The main gateway is Buenos Aires, although the country could further improve its international exposure and tourism dynamism with increased international flight intensity. Benchmarks show there is room for further investments in air transport infrastructure in Argentina. 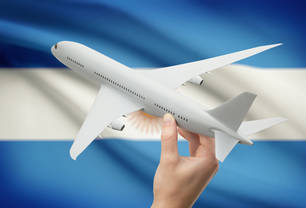