In Africa there are around 50 airports serving more than 500 thousand passengers annually. Over 98% of those are state-owned and around 20% are operated by a separate entity.

“Most airports in Africa require major investments to improve not only the infrastructure but also the services the passengers expect in order to contribute to the economic growth of the continent” stated Bruno Boucher, Lufthansa Consulting’s Associate Partner for Central, West and North Africa, in a recent decision maker meeting.

Different options, from concessions up to a full ownership transfer are possible to reduce the financial burden of the states and generate new revenue streams for the governments. Lufthansa Consulting can help airports to determine the best options and guide them through the complete transaction process as an independent advisor. 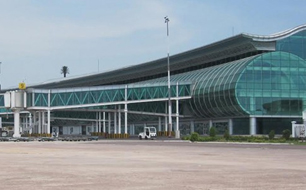